I Miss The Good Old Days

On the 9th of April 1948, my city was burned to the ground. A presidential candidate was assasinated days before the election and the riots turned a gowing urban center into a warzone. This is commonly known as El Bogotazo. Despite the lack of footage from that event, some years ago I got access to some films done by my step-grandfather that capture the day after of this event. The parallels between this imagery and currents events as the Ferguson, the Arab Spring and even the National Strike in my own country, Colombia, are uncanny. Has generational distance made for a better democratic relationship with power?

Yet, these old films lack sound, so there is a missing part on this puzzle. What if we could intertwine this seemingly distant imagery through the use of sound? This performance explores a soundscape using the abundance of material from current sources of the mentioned events.

It features rhythmicly synchronized visuals, divided along the long projection screen. A live video mixer that can loop fragments of video in smaller squares is mapped to events in a DAW software, treating each hit as both a video and sound event. I also used a GAN model built from current footage of civil unrest sounds, which reflect the turning point where social fabric seems to collapse. The imagery reflects a parallel between the distant events that shaped our current reality, to the current ones that seem mundane and everyday more common. 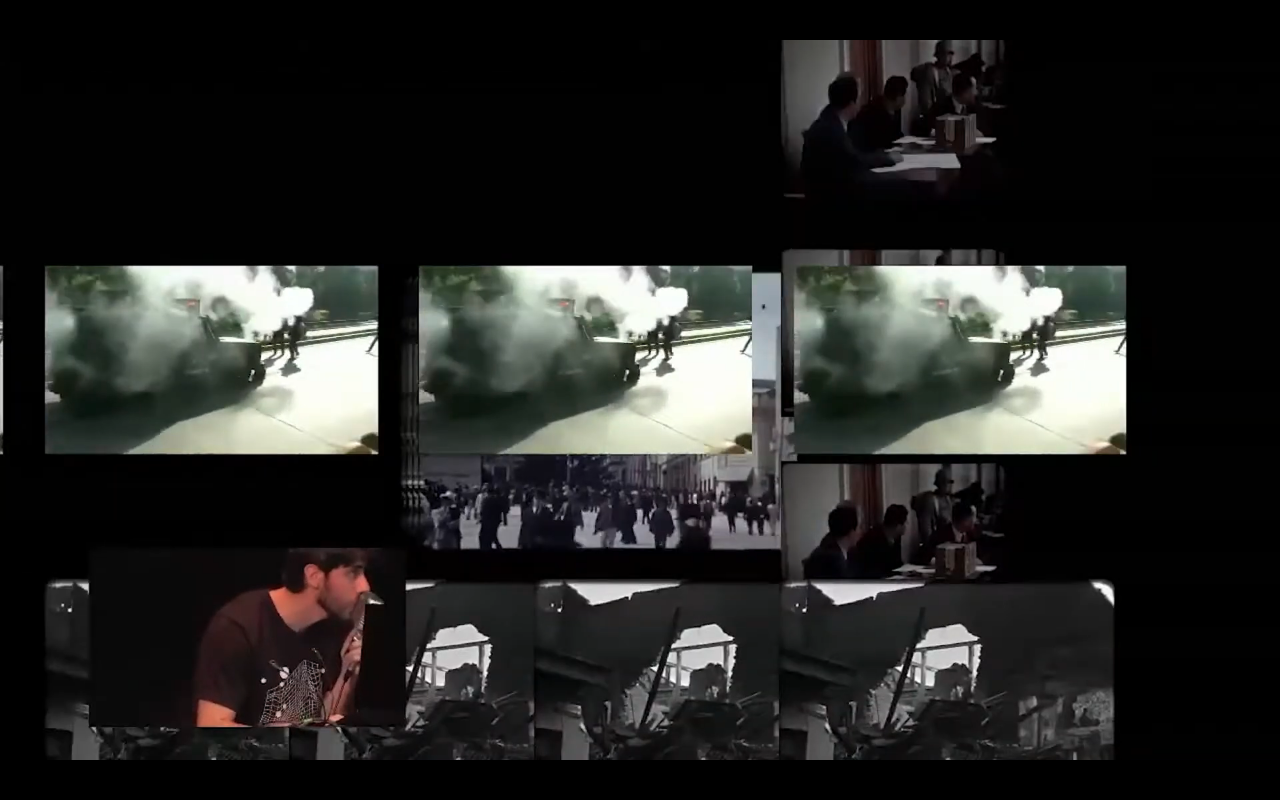 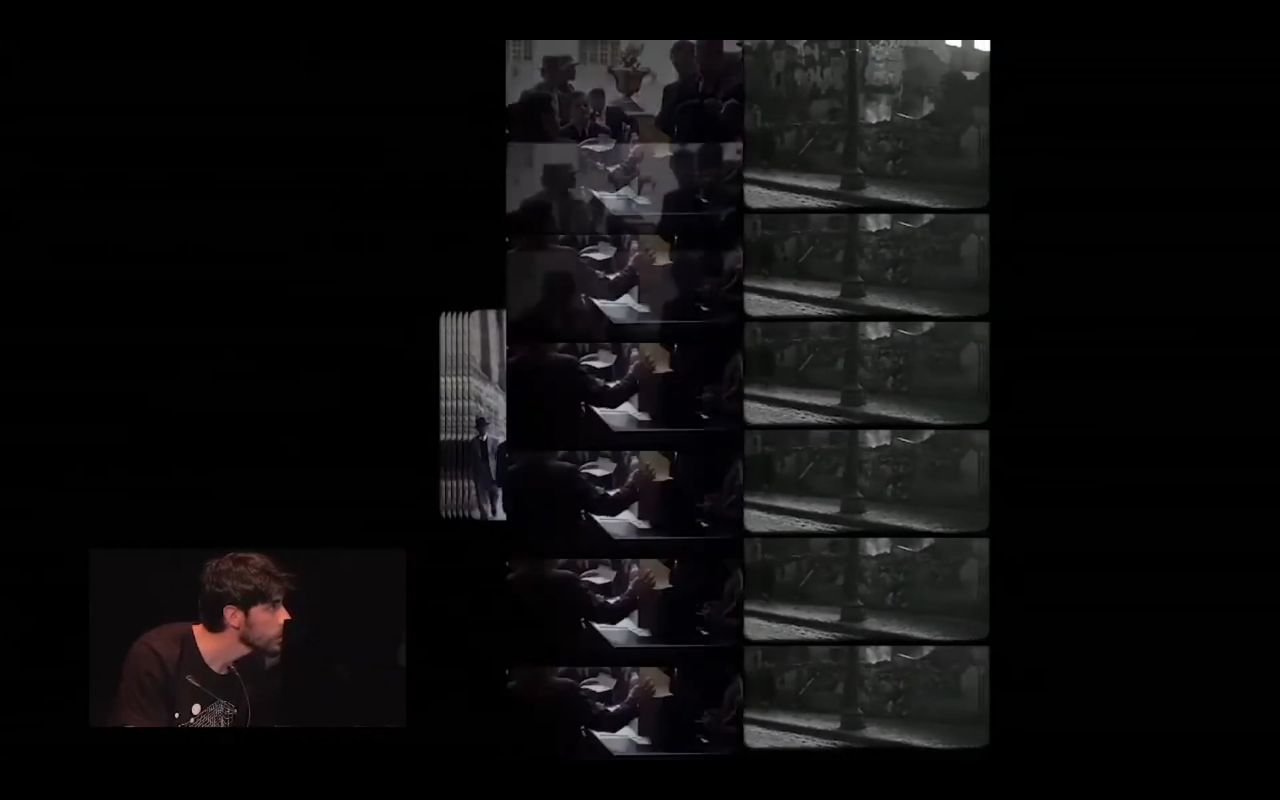