A durational performance where audience members can alter my breathing pattern, combining different intervals of inhaling and exhaling, while listening a soundscape produced by the performance. Also, audience members could alter the musical pattern that I was following, adding another layer of complexity. Listeners could hear on one ear a machine made representation of the resulting breathin/musical pattern, on the other ear my attempt at following it. Sometimes it would match, other times it would be impossible, depending on the patterns given by the audience.

The ever present action of breathing is almost never conscious, yet it defines our experience of the present. This performance explored contrast between an action that was deeply uncomfortable, giving my breath away, against a soothing and seemingly peaceful resulting sound.

Some audience members pushed my limit with very short patterns, almost hyperventilating me. But this did not last long, as all of the people settled on exploring while caring for my wellbeing, putting extra care on the pattern that they choosed before leaving the instalation. 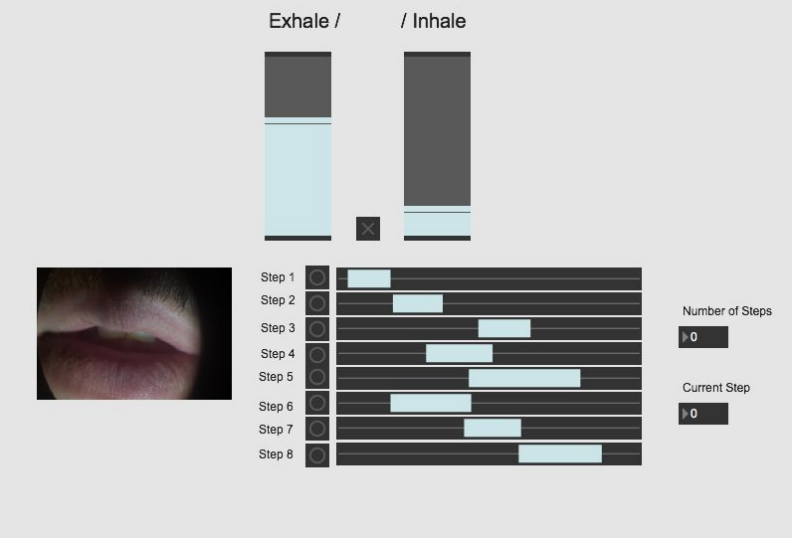 Interface for the audience. 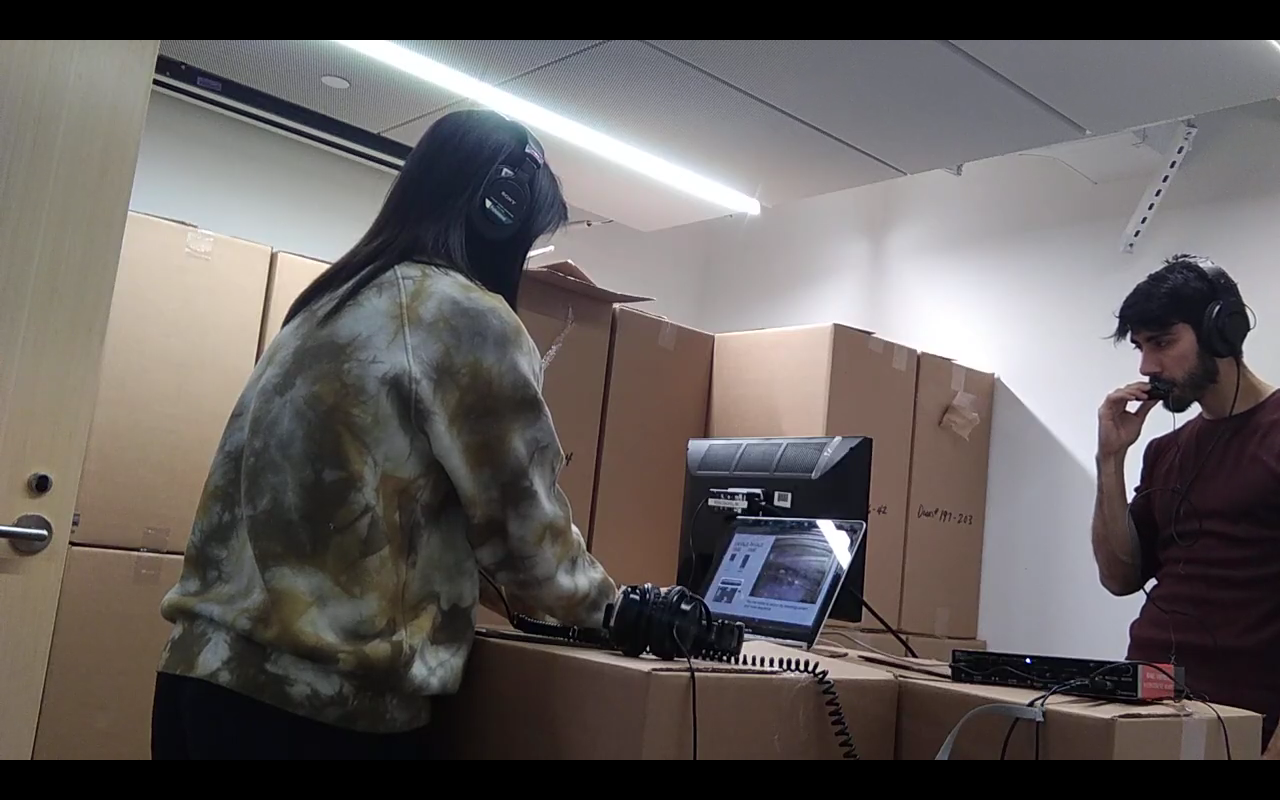 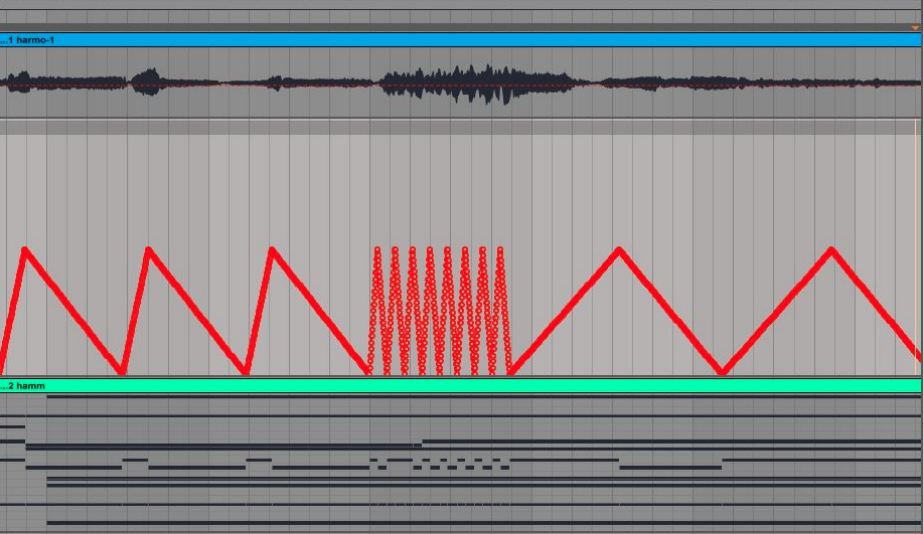 Different patterns instructed during the performance.